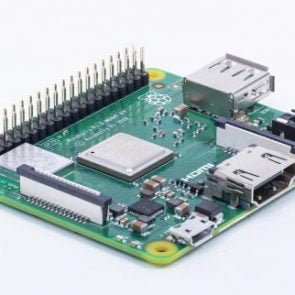 The New Raspberry Pi 3A+

It is that time of year again – time to keep an eye on what the Raspberry Pi foundation is up to. Typically, we have seen smaller boards released in the fall including the original release of the Pi Zero. This time around we are seeing something that has been missing from the Raspberry Pi lineup for a few generations – a new version of the Raspberry Pi A. Well, wait no longer! The Raspberry Pi 3 A+ is now a thing!

The Raspberry Pi 3A+ features a 1.4GHz 64-bit quad-core ARM Cortex-A53 CPU, 512MB RAM, Dual Band Wireless 802.11ac, improved booting from USB mass storage, and improved thermal management. Unlike the B+, the A+ does not have Ethernet, and only sports a single USB socket. Conveniently, it fits in the same form factor as the old A+ (and Pi HATs). Overall, these are an ideal bridge between the small form factor of the Zero, and the power of the 3B+.

Update: The Raspberry Pi 3A+ is now available for pre-order on the product page!